Why has conception in cows come to a Himalayan task? Know the reasons

Why has conception in cows come to a Himalayan task? Know the reasons

A major component in a profitable dairy farm is high milk-yielding animals. Along with that, it is equally important to ensure the reproductive health of your dairy animals.

A cow that conceives in one or two inseminations is an asset for a dairy farmer or an entrepreneur.

Nowadays, almost 30% of the cattle in dairy farms are sold due to repeated breeding requirements. If a cattle is not conceived even after 2-3 inseminations, such animals are called repeat breeders.

Why the repeat breeding trend is rising?

It is a complex task to identify the reasons specifically, but we can say that 25% of repeated breeding is due to fetal death and 15% is due to failure to fertilize.

The need to avoid repeat breeding.

The average duration of heat cycles in cows is 21 days. If the heat duration completes without conception, it’s a financial loss for the farmer. To avoid such a situation, effective measures should be taken by adopting efficient insemination methods in which the cattle will be conceived in one or 2 services.

Some reasons for failure in conception :


Let us discuss how to identify repeat breed cows and management practices in the upcoming blogs.

Popular posts from this blog 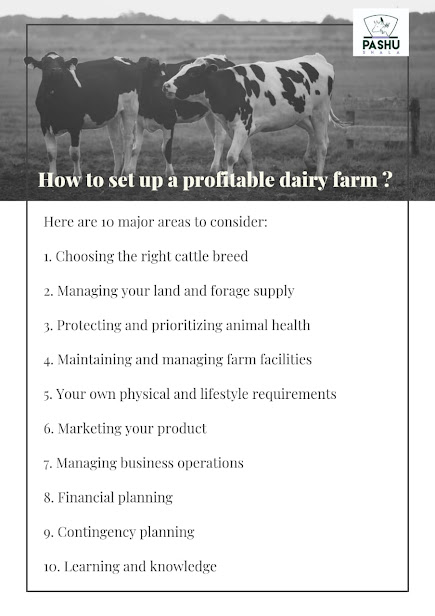 Managing a professional dairy farm that gives good ROI is not that easy. Many entrepreneurs are entering into the dairy business, If you are planning to start a scalable Dairy business,  It requires a massive investment in time and money as well as education and expert knowledge of the market. A cattle farmer has to always be prepared for the inevitable challenges faced by the industry today. Devotion and dedication to livestock health  and farm maintenance as well as honing business and marketing skills are all necessary for cattle production. Here are 10 major focus area that will ensure a profitable business: With so many areas to consider, it may seem overwhelming or like it takes the fun out of your dream in the first place. Fortunately today we have many service providers, experts, and cattle managers that can guide us to success. We’ve assembled some helpful pro tips from the industry’s finest to help encourage and support your Dairy Business.  1. CHOOSE YOUR CATTLE BREED This i
Read more

How to turn old cows profitable? 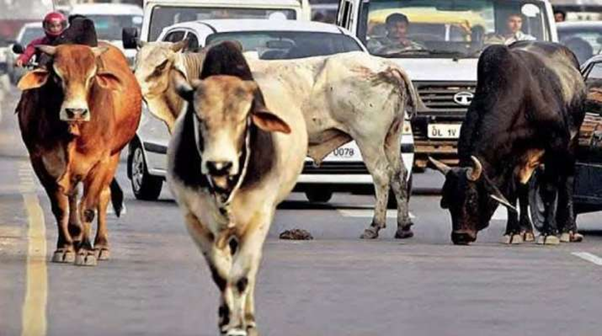 How to solve India’s cattle menace? An average cow has a milking span of only seven years, whereas it has a lifespan of about 18-25 years. This indicates that for a dairy farmer, a cow becomes a burden after the milking span. This burden is highly reflected on Indian roads in the form of stray cattle. In some parts of the country, the cow protection groups take care of these abandoned cattle. Even though they protect them on religious grounds, these cattle are economically a burden for them. This is where cow-based farming shows us that an Indian-origin cow is a profit in every aspect. Let us know how this farming model works!     Crop farmer earns, not a dairy farmer!   An Indian-origin cow is not only about A2 milk, but also the quality of dung and urine they produce. A freely grazed Indian cow’s dung is full of beneficial microbes, which can be augmented by using nutrient supplements like jaggery. With some more additions, this becomes excellent manure for crops. Similarly, co
Read more

Here are some statistics and schedules that farmers need to know for profitable cattle rearing. 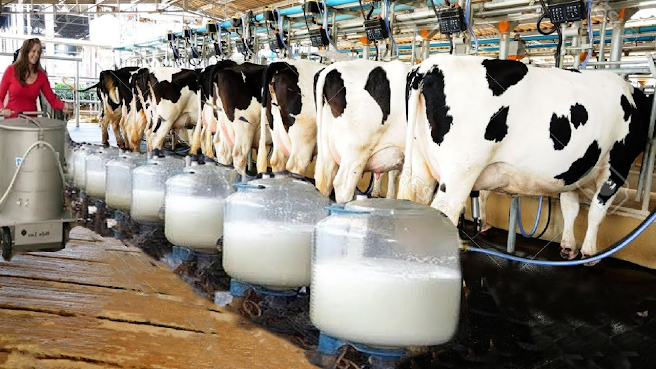 Similar to any other venture, there are certain schedules and statistics involved in cattle farming also. Often the miscalculations and untimely actions lead to losses. Let us learn them one by one : Caring the calves Dairy farmers need to pay attention when it comes to calves' health care : The average weight of a hybrid calf at the time of calving is 25Kgs. The first dose of deworming medication is on the 10th day after birth. The calf should consume colostrum within 30 minutes after birth. The colostrum should be given in a quantity of 5-8% of the calf's body weight. Ie, 2.5-3.5 Kg. After 10-12 hours of first feeding, repeat feeding. From the 2nd and 3rd day onwards, ensure that the calf is consuming milk proportional to 10% of its body weight. Cut the umbilical cord just after calving. Ensure that the cut is 2-3 cms away from the calf’s body. Colostrum is rich in 5-6% fat and 2-5% lactose. Extra teats should be removed within 2 months post-calving. The calf should be ear-ta
Read more

Pashushala.com
Pashsuhala.com is an online marketplace for livestock that bring Buyer, Sellers, Financing Agencies, Transporters, Veterinary Doctors, Insemination Center, Insurance agency and Animal feed companies together in a managed environment. It is an all-inclusive ecosystem that offers innovative business models to unlock the value and income generating potential from livestock. It leverages the penetration of Internet users and employs advance technology to enhance value to all the stakeholders. The ecosystem is an effort to help grow contribution of livestock in lives of individuals, entrepreneurs and nation as a whole. We are working on advanced technology, AI & IOT solutions to make this offering most convenient and user friendly.